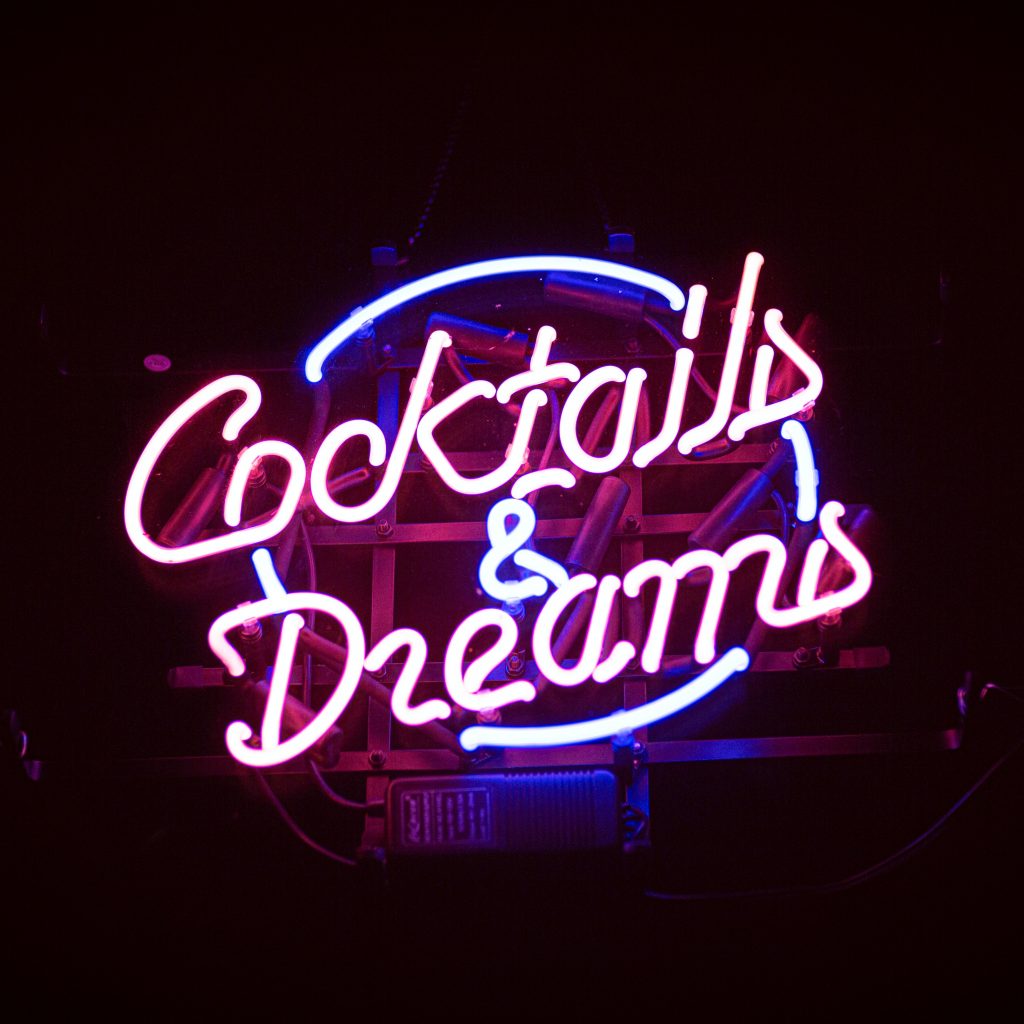 Most marketers are dreamers.

The #1 thing I learned about these mystical beings called “marketing professionals?”

Most marketers are dreamers.

The #2 thing I learned about them?

A lot of people in this industry often fight anxiety, depression, and other mental health issues. I cannot claim to have the answer to why this happens. But I can take a guess: if you take a stressful job and mix it with people who are, by status quo, continuously aiming for more, you can very easily end up sipping from a cocktail filled with negative emotions.

To the external eye, it might seem that marketing people are evil monsters, lurking around the dark webs of the internet like spiders, ready to feed on their next unknowing victim: the internet user, the driver on the highway, the city inhabitant, or the television watcher.

All we ever want to do, however, is tell a good story.

But overall, even the “darkest” marketers attempt to do one thing and one thing only: to put the story out there and make the consumer part of it.

And here’s the thing about stories: marketers didn’t invent stories. Humans did (and as shocking as it may be, marketers are humans too.)

We’ve always liked telling stories, just look at the cave paintings our ancestors left us. We don’t quite know what the author meant there, but we can make a pretty good assumption: they’re stories. And as Yuval Noah Harari puts it, they’re the oldest stories of “We Were Here.” Which is pretty much the essence of what every marketer aims to achieve. 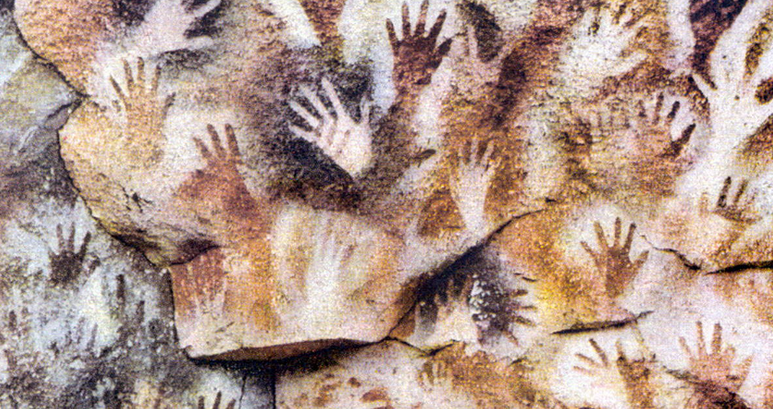 What people tell you this ☝️ is: some ancient people’s drawings, which may or may not be related to some kind of religious rite.

What it might also be: first marketers, trying to tell a story.

Old-school and digital, on social media or on billboards, via email or snail mail, marketers tell stories.

All marketers tell stories. I’m no one to disagree with Seth Godin on this.

All Marketers Are Passionate

I’ve never met a single marketer who says they have a boring job.

In fact, the majority would agree that they live on a rollercoaster.

Sure, accountants may have their rollercoasters too. Bankers, too. Engineers, for sure. Farmers? Absolutely.

I’m not familiar with the rollercoasters other professionals live through – but I have had my fair share of wild, uncontrollable emotions driven by the day-to-day work of marketing people.

There are legit explanations as to why marketing has so many ups and downs.

As marketing tends to reside at the core of a business, so are the teams working the magic. They work with virtually every other team to push the business forward.

And when push comes to shove, the work of a good marketing (/team) is nearly invisible. People can see the product, interact with UX, and speak with the sales team or the customer care team. They can see the CEO, they can look up public data about the financials of a company.

But, outside of what is usually a small group of people, nobody knows the turmoil of trying to get the story out, though. Of trying to make it past all the other teams. Of trying to blend the human side, the data side, and the business side of a marketing campaign. The kind of animosity and friendship that builds between the different members of a marketing team.

The dreams crushed with the angry tap of an “Enter” button on a Slack channel.

Every marketer I’ve ever met or stalked wants to build the one. The one page of copy that will tell a story so good people will line up to buy the thing. The one ad that crushes all ads and taps into the collective emotion and remains in the public memory. The one email workflow that feels so much like a human interaction that people actually reply back and start conversations.

And yet, the one rarely happens.

It’s almost like the difference between what Hollywood romance sells and what real-life romance is. In Hollywood, the hero follows a clear path to finding the big love. The couple meets, they go through some challenges together, and then the first kiss happens suddenly (usually on a magical backdrop, with romantic music playing in the background). The wedding is the end of all struggles.

Real-life romance is messy. There’s no clear path and no magical music starts playing on the background of the moment you meet your chosen one(s). The first kiss is awkward and the main sound you’ll be hearing is, most likely, teeth hitting each other. The wedding is nothing but a milestone. The work is constant.

The same happens with marketing too. You think the path is clear. You’re supposed to sit with some other people on beanie bags, talk stuff out, come up with great ideas (Poof! Just like that!), and then put out the best marketing campaign the world of marketing has ever seen.

Three Asana boards, countless meetings, push-backs, “please make it more creative”s and “this is too funky/ risky”’s, fights between the marketing team members, frustration, walls upon walls of inconsistent feedback, and then, after much struggle, the thing gets out and it’s not nearly as successful as you’d want it to be.

In fact, even if it IS successful, chances are it’ll be drowned by more changes (external and internal) in less than six months. The wedding bells are nothing not harbingers of new challenges.

Expectation vs Reality, or Why Marketers Are Sometimes Sad

There is a clear disparity between what marketers dream to do and what they end up doing. A lucky few get to work on projects that really feed into their storytelling cravings. I’ve been lucky to be one of them on a number of occasions.

But even when that happens, the crush of everything external to what you’re doing as a marketer is almost unbearable. The movie kiss and the reality kiss are so different from one another that it can easily send you on a downward spiral of anxiety, self-doubt, and depressive states.

Marketers and mental shadows, they’re in a long-term relationship.

Marketers and mental shadows, they’re in a long-term relationship — and it’s not because we don’t want to step away from this, or because anyone in the external world is “against us” in any way.

It’s just that marketers are dreamers and storytellers, and the reality of what we all have to do on a daily basis is very frequently incongruent with what we think we should be doing.

There is a schism between our wants and what we get.

So what then – should we give up?

Mmm, no. We’re in for the joyride, right?

Should you give in to the shadows?

Personally, I like to constantly remind myself of the good things about this job.

It’s all about how you filter everything. So, next time you’re faced with marketing anxiety or marketing blues, take a step back and think:

If you’re like me (and the 100 other people in marketing I’ve met over the course of the past 10 years), you’ll probably reach the same conclusion: the sweetest thing about working in marketing is that you’ll be forced to find your own definition of balance.

And that can take you anywhere and everywhere.

Octavia is a content marketer in love with the digital landscape. Quirky and curious, she loves writing about science and technology. Like any self-respecting writer, Octavia is addicted to coffee and caffeine, but interesting discussions are her intellectual catalyst of choice. You can find her on LinkedIn. Or drop her a message at octavia@drexlerize.com.

JOCstudio’s note. With the guest creators’ new series on our website, we hope to build a safe space for creatives to share their very personal experiences in the professional environment. Let’s talk about inclusivity, diversity, and equity. How’s your workplace culture doing?